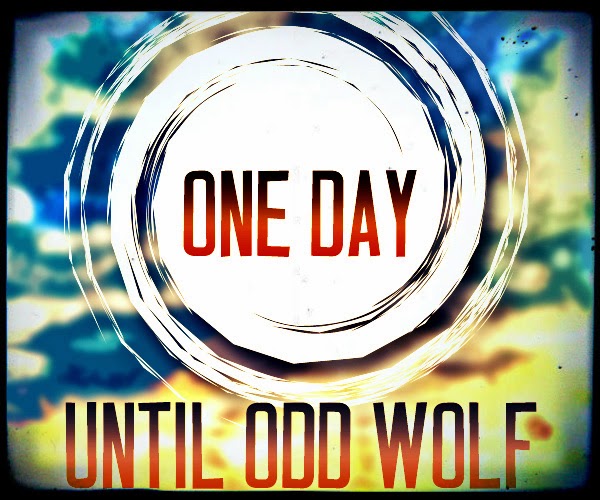 Odd Wolf, my story in the Under A Wolf Moon box set (RELEASING TOMORROW!! *throws confetti*) has a beta hero. When I asked folks on facebook during a recent party if they liked beta heroes, the answer was almost a unanimous NO. Folks wanted the Alpha guys. Me? I've always had a soft spot for the Dan Connors of this world. I like beta heroes...but then again, I like the alpha women.

Beta Heroes are defined as, "...romances (with) kinder, gentler heroes, the kind of men who will change your flat tire, open doors for you, help your kid with his homework, and bring you soup when you are sick. They are the antithesis of the testosterone-filled chest beaters found in the earlier bodice-ripper romances. These are the guys we all want to find in real life." - All About Romance Novels

Beta Heroes are in a TON of movies, but here are some of my top five all-all time favorite movie star beta men. (I have a longer list than this...apparently I really have a thing for these guys.)

In this movie, Julia Roberts plays a character very close to her reality--a super star, famous in tabloids and for her work as an actress, but lonely because who dares catch the tail of a star? She bumps repeatedly into the quiet Brit, William Thacker played by Hugh Grant, who is a bit nerdy, awkward, bookish and otherwise completely wrong for her world. Through a series of misadventures, they share a moment in a garden on a bench dedicated to a long dead woman who loved the garden...and the man who liked to sit with her. Grant plays a wonderful beta, never trying to dominate Roberts, but somehow becoming the one man who really gets her. Although an older movie, this one has a classic theme which will likely prove timeless and the cast of secondary characters ALMOST distracts from the clever love story...almost.

Maybe I love this movie because the heroine is named Virginia, maybe I love it because I've always love a fairytale that twists in the real world...maybe I love it because Wolf is irresistible. Cohan plays a wolf far more canine than most modern writers depict wolves, but it works. It so works. He falls in love with his Virginia and literally travels through worlds to stay with her. Mirror magic, a starstudded cast including Camryn Manheim as Snow White, and a love story to top it all off--The Tenth Kingdom is one of my all-time favorites across the board. But Wolf? You don't get a lot more beta than Wolf.

Forney jumps through a plate glass window to deliver the baby in this over-the-top romance. This story twists tragic and then spirals back to funny, but through it all...Forney remains bookish, awkward, quiet and yet I fell in love with him. I could ramble all day about how fantastic Frain was in this role, but if you haven't seen it, you aren't going to get it...and if you have seen it, you already know. Highly recommend Forney as he's the guy we'd all like to stumble across in a library.

I've rewatched this movie so many times that my children have lines from it memorized. Goode plays Declan, as Irish as the name sounds, and he's brilliant. When she first meets him, he's snarly, cranky and not interested in the snooty and arrogant Adams character. As they end up on a road trip from hell together, each finds the other has charms not immediately recognized--this is far from a love or lust at first sight romance. But Declan is beta...which is just what the strong woman played by Adams finds she wants in her life. And I do, too. *sigh*

Sandra Bullock is a powerful woman--editor, boss, shark. She's also a Canadian about to get the boot out of NY if her assistant, played by the snarky and sexy Reynolds, doesn't agree to pretend to be her fiance. They end up flying away to Alaska to meet his family (with Bette White as the Grandma...and she is a HOOT.) to further their illusion and she learns there is a lot about him that she never knew...although he seems to know her almost eerily well. The two bumble and fumble through their faked engagement, but Reynolds remains beautifully beta right until the end. Even his counter-proposal is brilliantly beta. Not to mention he's naked in one scene...just saying.

Do you have any favorite beta heroes? Lemme know in the comment section below!