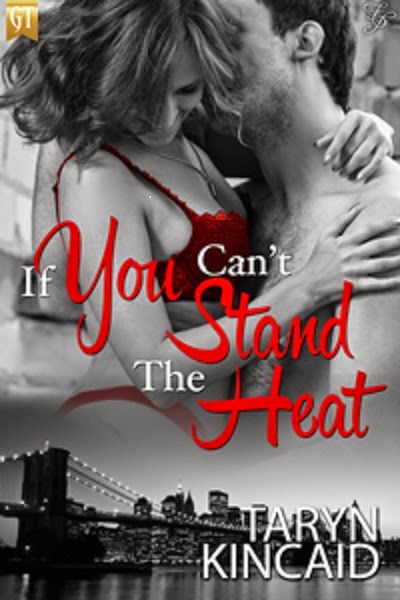 IF YOU CAN’T STAND THE HEAT

Derek Dunne is a Cordon Bleu-trained food critic for the prestigious New York Monitor, whose scathing review of a popular Italian bistro has driven away all but the most loyal neighborhood patrons.

Lucrezia Serafina DiCicco is a clumsy business school drop-out, working as a chef and scrambling to keep her family's restaurant afloat, after her father develops diabetes and is banned from his kitchen for his own good.

Now, with The Monitor folding, Derek is searching for his next career path and longing to get back to his first love—cooking—while Lu is desperate for an influx of cash to save the struggling restaurant…even as her father puts his foot down about non-family employees.

Derek and Lu embark on a marriage of inconvenience to save the restaurant. But can Lu ever really trust the man who nearly destroyed her family, once noted her initials spelled “LSD,” and her food was like a “bad trip?”

Or will it be their hearts on the chopping block?

EXCERPT: (HOT rated)
She brushed her hands on her apron and straightened her shoulders as she strode toward the bar. Not in the mood. So not in the mood. As if the hunky stranger had come here looking for a hook-up, rather than to send back his too-salty pasta fagiole or rubbery calamari or register some other grievance.


She looked a fright besides. The moon might resemble a pizza pie but amore did not live anywhere in the restaurant anymore, except in its name. As that bastard Derek Dunne had pointed out in his review. Vicious…but truthful, she had to admit.

As she approached the customer, she positioned herself with her back to the mirror over the bar, so she didn’t have to gaze at her sorry reflection. At least no one else was at the bar to gawk at her frazzled condition.

The man swirled a pool of condensation on the burled wood with his index finger. Strong hands. No rings, she noted. Up close and personal, his looks were even more devastating, the essence of hearty masculinity radiating raw, contained power, his body taut with  muscles beneath a finely-tailored suit that stretched across broad shoulders, his blue eyes intense enough to put her in a near trance. She gazed at his long, blunt fingers playing restlessly on the bar and imagined him sliding them across her heated flesh. Making her wet. Thrusting inside her. His thumb stroking her clit until it swelled, the pleasure so unbearable he had her writhing with passion, screaming for release.

Holy cannoli! What the heck was wrong with her? Was she that desperate? Yeah, probably. And yeah, he looked that good. Good enough to eat. With or without whipped cream and chocolate sauce. Oh, yeah. That image helped cool down her roaring libido. Not.

Suppressing a shiver, she cleared her throat. “I’m Lu DiCicco. You wanted to see me?”

IF YOU CAN’T STAND THE HEAT is a hot and spicy contemporary foodie romance releasing February 24, 2015 from Fated Desires Publishing’s new special line “Give Me a Taste.”
Available at:  Amazon | iBooks | Kobo |  Google play

AUTHOR BIO:
Taryn Kincaid is a former award-winning reporter and columnist, covering everything from fires and homicides, to corrupt politicians and hero dogs. Nowadays, she haunts courthouses (in least paranormal way). 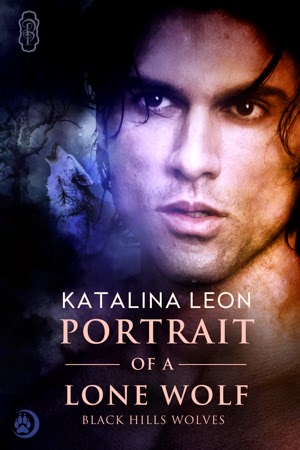 Blurb:
A mixed-blood Native American wolf-shifter, abandoned by a teenage mother and ignored by an absentee father, Rio Waya has never fit in or felt worthy of love. But when he comes home to the Black Hills, he realizes he wants a mate of his own.

Recovering from a cheating ex who started a new family behind her back, Sela López seeks escape to pull her life back together. As a documentary filmmaker and wildlife photographer, she rents a cabin in the Black Hills with plans to film the beleaguered wolf population. But she’s so busy looking through a camera lens she doesn’t see trouble coming.

Sparks fly as mutual fears and vulnerabilities surface when Sela and Rio meet. She can’t figure out why the mysterious Mr. Waya is so anxious about having a documentary made of the Black Hills Wolves. But when his secret is exposed, all hell breaks loose. Can Rio win Sela’s trust and soothe her fears about allowing a hunky wolf-shifter into her heart?

Excerpt:
“López, my name’s Sela López. I’ll be a resident of Los Lobos County this summer. I’ve rented a cabin on Gray Paw Mountain.” Everyone perked up in a weird way. They looked a bit too interested in what she’d said. The response was unsettling.
Gee glowered. “You’re the one renting the cabin?”
She realized this was probably a good time to change the subject. “I would like my patty medium rare.”
Damn. Why the hell had she announced to a bunch of strange men in a bar she was going to living alone in a remote cabin on the edge of a national park? Not smart.
“López?” Gee guffawed He appeared amused as if he were privy to the funniest private joke in the world. “López means ‘wolf’! You gotta love the irony.” He gave Plaid Shirt a nudge. “Rio, did you know her name was López?”
Rio lifted his chin. “I knew.”
“What’s going on?” Sela’s temper flared. “Am I missing something? What’s so funny about my name? López is a common Hispanic surname.”
Rio offered her his hand. “Miss López, my name is Rio Waya. You rented the cabin on Gray Paw Mountain from me. You’re hours late. I was expecting you to arrive before sunset.”
She gulped. “I’m sorry. I badly miscalculated the distances out here. I thought I would call when I got to town. I hoped perhaps you could give me directions over the phone and talk me in?”
Rio shook his head. “You’d never find the cabin by yourself in the dark. This isn’t Los Angeles. There are no street signs. The cabin’s hidden beyond miles of timber, gravel, and unmarked dirt road. You’ll have to follow me. I’ll lead us in.”
“Wait a moment!” Panic rose in her voice. This guy, attractive as he was, was still a man. She certainly didn’t need one of those, especially during her summer of soul-healing. “I was told I’d have privacy at the cabin. I don’t want a roommate or a landlord crowding me.”
“I won’t be crowding you.” Rio’s expressive brows sank. Obviously, he’d taken offense. “The only thing we’ll be sharing is a mountain. I’ll be living five miles away at the Los Lobos ranger station. Will that satisfy your need for privacy?”
“Yes.”
His lip curled with a hint of sarcasm. “At least the first matter is settled. One thing at a time.”
“Pardon me. Is there a problem I’m unaware of?”
“Last night’s e-mail mentioned your desire to do a documentary on Los Lobo’s growing wolf population. Filming here is not a good idea. If I had known this was your intention, I would have refused you use of my cabin.”
She was stunned. “I drove eleven-hundred miles to get here. The documentary is the entire purpose of my trip. All I’ll do is film and photograph wolves outside the national park. Who will I hurt?”
Rio’s gaze hardened. “The wolves.”
“How so? I’ll treat this subject with respect. This isn’t amateur wildlife photography, like you might be thinking. I plan to win the wolves over, gain their trust, and take portraits of each one as an individual. The presentation will be like a family album.”
“Sounds sweet, but has it occurred to you publishing photographs of individual wolves and showing their exact location outside the protection of the park puts them at grave risk?”
“From who?”
“Pissed-off ranchers, poachers, and any number of psychos who get their kicks owning the pelt of an animal everybody else has fawned over. Do you have any idea how many creeps out there would love to say they shot ol’ White Socks and her pups or whatever you christen the wolves? A lot. The sad part is they’ll never be prosecuted. If they claim they felt threatened, they’ll be within their rights to shoot. The wolves aren’t protected on private land.”
“I disagree. I plan to bring positive attention to Los Lobos wolf population. In the long run, the more people aware of the problem, the safer the wolves will be.”
His hands clenched to fists. “No offense, Miss López, but you just drove in from Los Angeles. You can’t fully grasp how complicated our situation is.”
“I have a Jeep parked in back, loaded with film equipment. I spent the last eight months of my life doing extensive wolf research and nearly all my savings on this project. I need this to work, so please don’t insult me by saying I haven’t given this serious thought.”
Rio stood, revealing a powerful build. He stepped closer until she was forced to tip her chin up. “I could choose to give your deposit back. I don’t have to rent the cabin to you.”
“You could, but I won’t be stopped. I’ll figure out something else.” She stared at Rio. He returned the stiletto gaze in the most provoking way with nostrils flared. She sensed this was a crucial challenge and held her ground, willing herself not to blink. He loomed so close she felt his warm breath on her cheek.
Finally, he broke the death-stare and looked away. “I’ll give you credit for being determined. Miss López, will you accept some helpful advice?”
The brief but intense mini-standoff left her rattled. “Sure.”
“My advice to you is—accept helpful advice…”