Do you love print books? That magical feeling of holding the book in your hand...

And do you want a treat (no trick!)?
We're throwing a HUGE HALLOWEEN paperback giveaway! Check out the details to enter :)
Good luck! 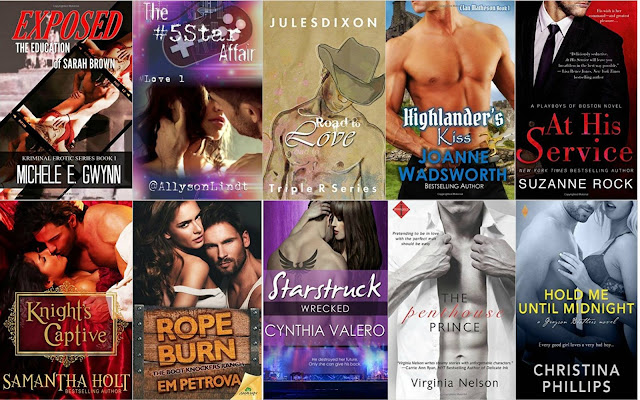 
I am absolutely delighted to be able to share with you the beautiful cover for my début novel A Mate's Healing Touch which will be part of the fabulous Black Hills Wolves series from Decadent Publishing.
And here it is! 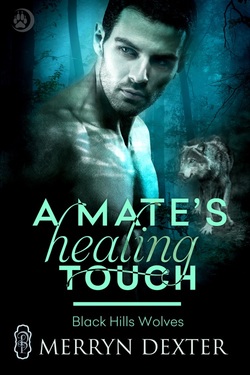 With fingers crossed, a fair wind and sacrificial offerings of Oreo cookies to the Editing Goddesses, Caleb and Hannah’s story will be available for your reading pleasure in December 2015. I must give a shout-out to Fiona Jayde who is responsible for all of the amazing covers in this series (mine are the best, btw!)

He faces a future he doesn't really want
Caleb Burrows is leaving town. His parents long to return to Los Lobos and pack life, lured by the promise of change under the new Alpha, Drew Tao. The most vivid memories that Caleb and his twin siblings have of pack life are ones of betrayal, pain and horror. They do not remember a time when the pack was at peace.

A chance encounter
Caleb has one final job to complete for the family construction business – the refurbishment of the local diner in Hennessey. He gets more than he bargained for. One look, one scent tells him that Hannah, the diner's 'pocket rocket' waitress, is his mate. Caleb is determined that nothing will stop him from claiming Hannah as his own.

The first touch
An explosive encounter lays bare the secrets they have both fought so hard to keep hidden. Caleb must prove he can protect Hannah from the past and offer her a secure future.  She must decide whether she is willing to give up the safe life she has worked so hard for. Her burgeoning relationship with Caleb shows there are untold wonders to be explored when she puts herself in the hands of a man who understands her true worth.

The past will test them
When Hannah’s past rears its ugly head, they must face it side by side. Only united can they save what is most precious to them. Together they will learn that family comes in many guises and there is nothing they won’t sacrifice when one of their own is threatened.

Extract
“Whatever you are thinking, son. She’s not for you.” Although low, his tone was determined and forceful.
“I’m not thinking anyth….” The lie fell away as the words soured on his tongue. A change tack was in order and he folded his arms across his thick chest. Body language displays were as effective on humans sometimes. “Why wouldn’t she be for me? I don’t see a ring; is there a husband, boyfriend?” When Will shook his head sharply, a flash of anger surged and he didn’t fight it.
“You think I’m not good enough for your girl, is that it? That I’m some working stiff, only good with his hands. I run the business with my father and my brother. I have prospects, money, a good future any woman would be pleased to share with me.” Snapping his mouth shut abruptly, he cut of the embarrassing need to sell his worth to this man. What the hell is wrong with me? That raspberry-and-pepper scent overwhelmed him suddenly as she crossed toward the counter. Hannah. He rolled her name around in his head. It suited her.
“No I don’t think you’re good enough for her, but that’s not the goddamn point,” Will snapped before he rubbed the back of his neck and sighed. “Look, Caleb, I’m sure you are a fine young man and your daddy has a real good reputation with his business but that girl has been hurt enough to last a lifetime so I don’t want you messing with her because she’s caught your fancy.”
He stepped back as Will moved in front of him and stepped toward the counter. His hackles rose at the invasion of his space and the clear challenge in the move before he clamped down hard on his instincts. A man had every right to defend his daughter from a relative stranger. The Wolf snarled and snapped in his head and Caleb gave it a mental swat on the nose. He was the boss, not the Wolf. The look of sweet affection she bestowed on Will had him longing for her to turn his way.
When she met his gaze however, only trepidation lit her gaze. Unable to tear his eyes away, he was rewarded with a brief flare as her pupil expanded. She feels it, too. Regardless of what Will said, this woman is most definitely mine.
Now to figure out how to get them both on the same page or better still, in the same bed.

Contact me!
I'd love to hear what you think about my cover and I cannot wait to be able to share Caleb and Hannah's story with you. You can find me at the usual places, or send me an email to merryn.dexter@yahoo.com

When you all read this, I'll likely be in a plane on my way to Texas. If you can help a gal spread the word, it is much appreciated as I'm super proud of this story. I gotta be honest--when I started writing Wicked Odd, I didn't like Carmen. I don't think I begin writing many stories with a dislike of the heroine, but because of that initial dislike... my love for her is deeper than a lot of my characters. Seth and Carmen surprised me and I hope they surprise you, too.

By the way, you can totally read this story standalone, although it IS part of the Odd Series. 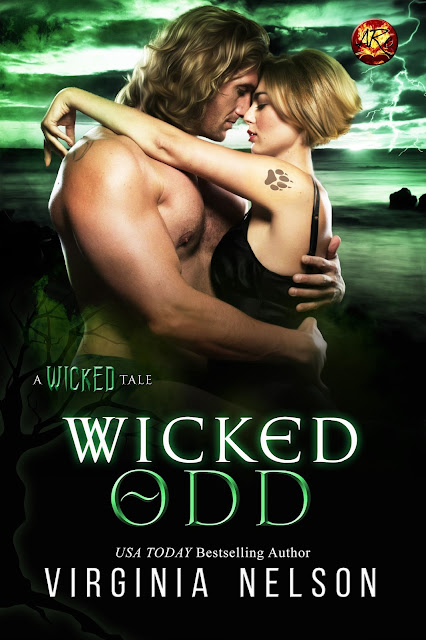 Best way to tame a bad wolf? Be a little wicked yourself…

Carmen finds it hard to trust—then again, her father went mad and had to be put down by her current Alpha. Carmen might hold a position of power within the pack, but part of her always wonders if they could turn on her as quickly as they did him. When she finds a man who she’s pretty sure the current Alpha failed on a lot of levels, she decides to take matters into her own hands and prove Dara isn’t as perfect of an Alpha as everyone thinks.

Seth lost his mate, but he survived. He can’t stand to watch other wolves happily carrying on with their lives and mates after he’d failed to protect his own. Dara allows him his privacy and ensures that he survives, even if there are days when he wishes otherwise. When one headstrong and opinionated she-wolf decides she’s going to end the unique hell of his isolation, Seth has to make a choice…

Kick her butt to the curb or answer the call to claim her. But can he dare claim another mate when he knows he failed once to be the man his mate needed?

There will be a release party to schedule the launch of the Wicked series from ARe which you can join here. Expect prizes and games and... (I'll be in the party once I reach Dallas, lol) more!
FACEBOOK RELEASE PARTY