I started writing this story a very long time ago and it was one that stuck with me (partly because of the research I'd done to write it and partly because my best friend, who read it, has brought it up at intervals since she never got to read the ending. Sorry, Shell!)

Due to that, when I started revisiting things that were lingering in my hard drive, I was excited to realize it was a really good story and that I was also excited to share it with everyone.

So, I contacted Heather over at HeatherLynn Portraits (because daaaaaang she has some great photos in her inventory. That lady? Talented!) to find the right guy to become my Astor. Once I'd found him, I also contacted the brilliant artist, Scott Carpenter, to put it all together. Saranna DeWylde was even kind enough to gimme a few of her words to add, which...I'm all fangirl happy about, to be honest.

I'm thrilled to share the cover and blurb for my coming soon vampire story (I could add long awaited, right, Michelle?) Necro. 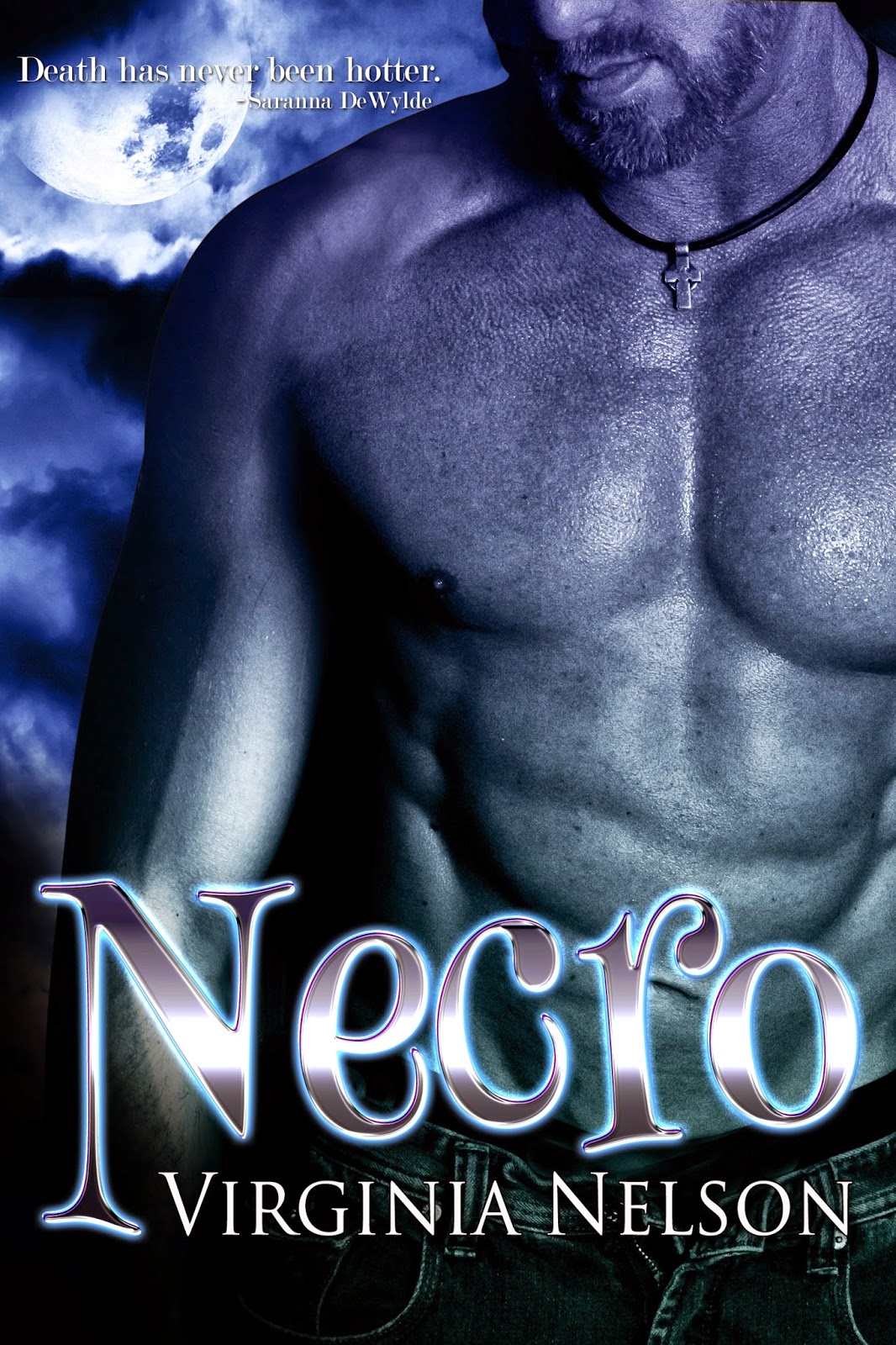 Aria works as a mortician by day, but once her head hits the pillow, she dreams of cold arms closing around her. Long assuming she’s just a bit sexually twisted, nothing prepares her for the night a corpse comes to life on her table.
Astor has tried to avoid his fate for years. A born vampire, he’s attempted to stay alive because he doesn't want to deal with the family politics which will come into play when he ends his human life and begins his undead one. When he wakes in a morgue being massaged by what he immediately recognizes as his soul mate, he has to make some choices—fast.
Can a woman who works with dead bodies find it in her heart to love a vampire?

#Spotlight on Return to Glory by Sara Arden ~ #HQ #Romance 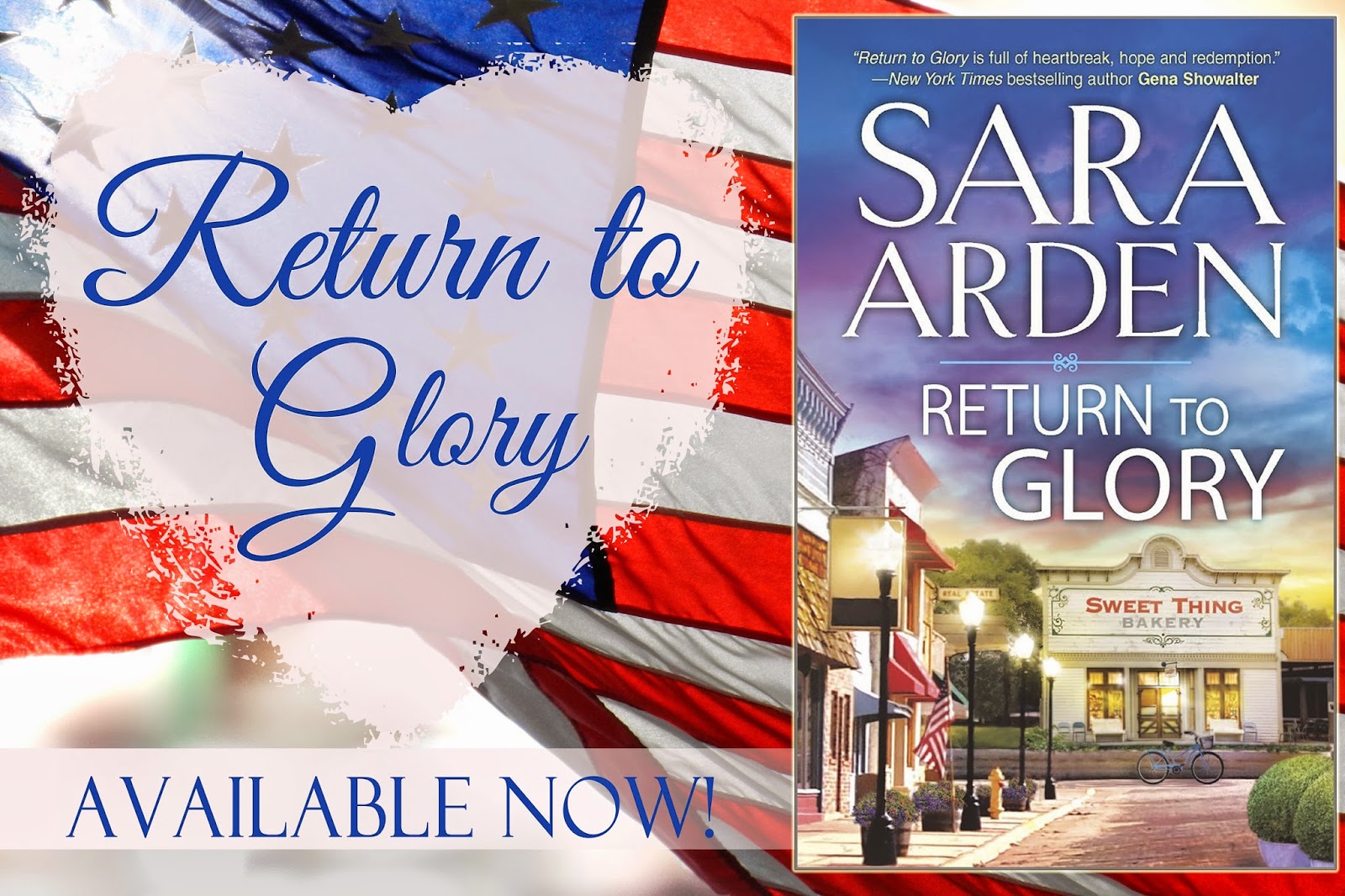 In Glory, Kansas, the best bakery in three counties not only brings together ingredients for sweet treats, but is the place where—through the powerful mix of friendship, community and a well-stocked kitchen—a wounded hero can forge a forever kind of love.

Back in the hometown he left behind five years ago, Jack McConnell has returned battle-scarred and feeling like half a man. But Betsy Lewis only sees the hero who once saved her life and set her heart on fire. Now she's burning to save him in return. She'll use every trick she's got up her sleeve, from her generous natural assets to her talent for baking, to coax Jack out from the bottom of his whiskey bottle.

At first, Jack responds to Betsy like any red-blooded man would. He's always denied his attraction to the innocent girl he used to know, but he's returned to find Betsy's grown into a full-on woman with strength enough for both of them. Until Jack realizes the only way to conquer his demons and be worthy of the hero's mantle she's pinned to his shoulders is to save Betsy one last time—from himself.

Find it on Goodreads!

Betsy is a pinup girl brought to life, her style and attitude charming me from the first page of this luscious treat of a novel. When this baker of tasty treats reunites with her longtime crush and love of her life, military-worn Jack McConnell, sparks fly off the page as he tries to resist her. While he feels like less than a man, Betsy manages to tempts him by reminding him exactly how masculine he still is. Their sexual tension steams off the page and Arden manages to pack the story with secondary characters that I already look forward to seeing again. Fantastic read and one that I highly recommend. Congrats, Arden, on an unforgettable romance full of drama, lust, love and that small town vibe that I have a hard time resisting.
at 8:07 AM No comments:

Things that are coming soon #Update

Some of you may have seen my announcement on facebook, but if you didn't?

I've signed a contract with Entangled Publishing for my category contemporary romance, Penthouse Prince! It will release with their Indulgence line, more info on that coming soon.

1. I have a big cover reveal going next week to celebrate my March 2015 release with Fated Desires titled Back in Time. AReCafe has an exclusive early reveal on September first, so keep an eye out for that. The cover will then be revealed on a bunch of blogs in the week that follows. Here's a list of a few places you can see the cover reveal...

2. I have another big cover reveal coming later in September for an indie title, Necro.


Here is the unedited early blurb:

Aria works as a mortician by day, but by night she dreams of cold arms closing around her. Long assuming she’s just a bit sexually twisted, nothing prepares her for the night a corpse comes to life on her table…

Astor has tried to avoid the truth for years. A born vampire, he’s attempted to stay alive to avoid dealing with family politics which will come into play when he ends his human life and begins his undead one. When he wakes in a morgue being massaged by what he immediately recognizes as his soul mate, he has to make some choices—fast.

Can a woman who works with dead bodies find it in her heart to love a vampire?

Reveal info to come, but I can say that I bought the photography for the cover off HeatherLynn Portraits and it was turned into a cover by the ever fantastic Scott Carpenter...so yes, lovely cover) I hope to have this title available before the end of 2014 (fingers crossed)


3. And because cover art is like Christmas for me, I have ANOTHER cover reveal coming soon thereafter...this one for the MuseItHot title, The Were, the Witch and The Baby. You can read a bit more about this coming soon title on my website and it is being designed by Nika Dixon.  (Some of you may recognize her name. She did the cover for Clothing Optional.

5. Secrets of a Snarky Writer is now available in ebook and print! As I said in the book blurb, "There are lots of books out there that offer advice on how to write, how to get published, or how to become the next best seller. This isn’t one of those books. Full of snark, dry humor and witticisms, Secrets of a Snarky Writer gives tables, charts, examples and organizational ideas. None of it is delivered in industry jargon, instead this book tells it like it is unapologetically. Includes sample query letters, sample blurbs, how to articles and lots and lots of snark. This ain’t your grandma’s writing textbook. Bring your sense of humor, prepare to chucklesnort coffee out your nose, and maybe, just maybe, learn a little something new.

6.. Some of you have found and read the book I'm so very proud of, While You Were Writing (Book 2 of the Watkin's Pond series)
This book can be read standalone and I love the hero so very much. I'm thrilled to say some reviewers have agreed!! 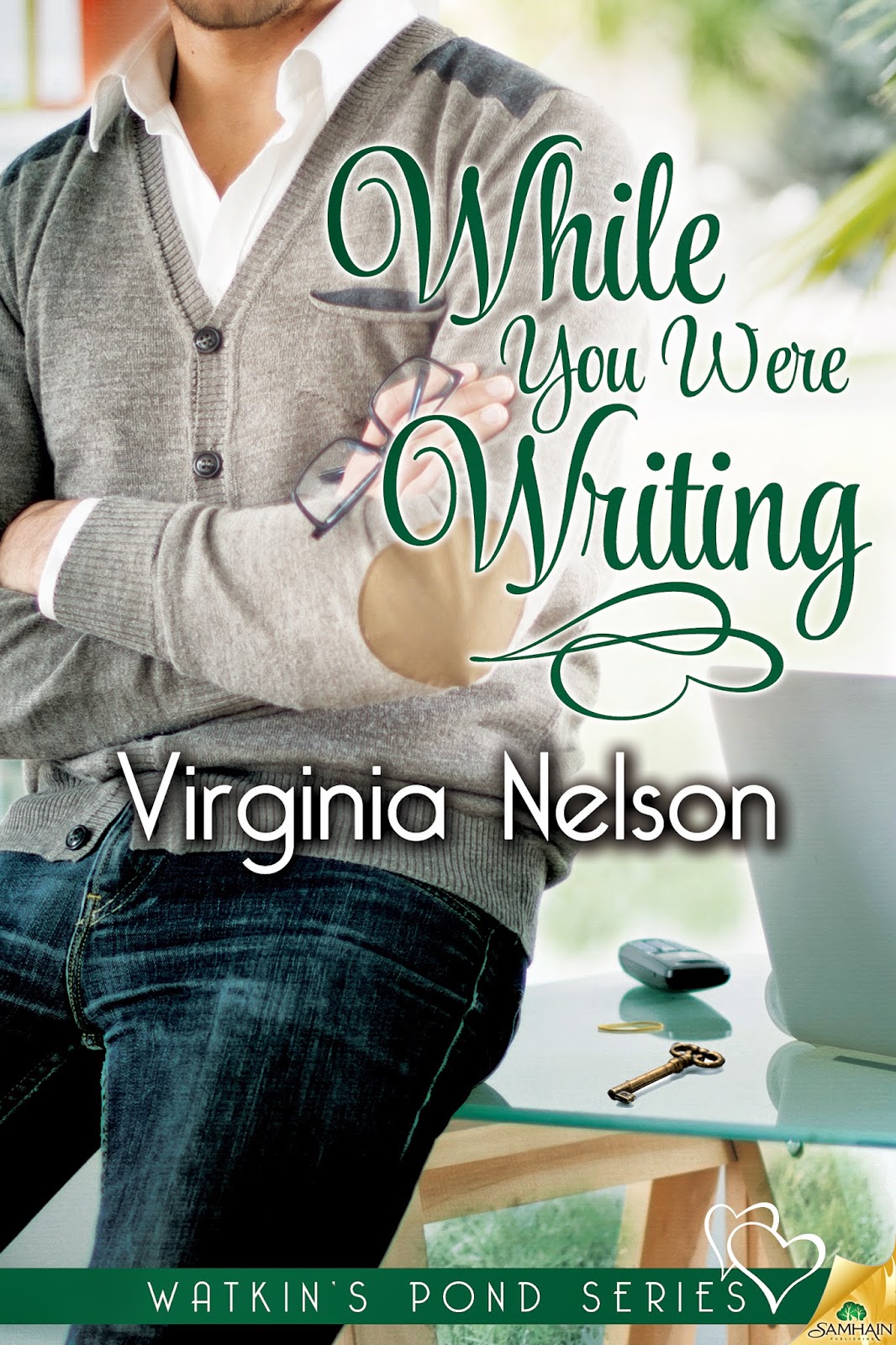 "I have not had the pleasure of indulging in any of Virginia Nelson's creations before, but became completely engrossed in this one. WHILE YOU WERE WRITING…will grab you and keep you entranced to the very end."  – Fresh Fiction

"Ms. Nelson has a flair of writing characters that just come alive on the page and make you feel like you are living their lives... She takes the saying 'Grumpy Old Man' to a new level with Radcliffe McQueen. He was caustic and surly but funny as all hell when he went on his rants." - Guilty Pleasures, A TRUE GEM!

I'm so glad to hear everyone is enjoying my Radcliffe as much as I did while I wrote him :)


So, yep, I used my word counts and facebook posts to come up with this chart of what I've been doing since June.

Since some of you have asked me, "So what do you do all day?" or "What does your average week look like?" or "So you just write stories all day?"...

Here's an actual list of what I've been doing. Mind you, this doesn't include the daily stuff (brushing teeth, checking email, putting the dog outside to do his business, etc) but it is sort of amusing nonetheless. The one thing it showed me? The reason I never have a good answer for, "What is your average day like?" is that I never have an average day. Each one is pretty different and sort of shows me just playing hunt and peck to get things knocked off my to do list one at a time...

Based on this, in the past almost two months (broken down below):

All told, that makes about 672, 060 words of literature that crossed my desk before going out into the world.

This doesn’t include ARCs I’ve read or other books I’ve enjoyed in that timeframe as I make no marked change on them. I just read them. Books I know I've read in this time frame?  I'm listing them below, but if you're really curious what I thought about them, find me on GoodReads. Also, I don't know how many words these books add up to my total total, but I'm not yanking them open and doing all the math to figure it out either.

4 - family reunion/ went to bar with April and Jamie

6 - ordered indie cover/contract discussion with editor/visited family, cemetery and Cleveland metroparks and did photoshoot/ got charged 3x for one purchase at Dollar General