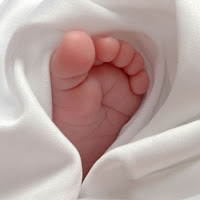 I love baby feet. They are so tiny and super soft.

My youngest son currently has feet you can literally smell from across the room.

I did say that I loved baby feet.

I brought up the subject of feet because I got a rejection yesterday.

I had such mixed feelings about this particular rejection, it triggered a blog. And spaghetti sauce. Lemme start at the beginning.

I have four contracts right now. Four. Not shabby for an author who, on December first, found out her publisher was closing it's doors and that in this case, loyalty equaled putting all my eggs in one basket... and my basket had just broken.

I am also an editor and a reviewer. And a full time college student. And a single mom of three kiddos, two of which go to a charter school at home.

To say that things have been hectic this January would be a bit like walking outside during a blizzard and saying, "Hmm... Look, there is a snowflake."

So seeing the letter regarding a synopsis that I had sent out on a book that I am nearly done writing (Read: Have not finished writing not to mention polished as much as I personally prefer before my work sees daylight so gaaah!!), I said out loud, "Shit!"

If they had accepted it, then I had to finish it up fast and shove it out the door, polish be damned.

And then I read the email. They had (very nicely, I might add, in a really thoughtful manner) rejected it. And I said, "Thank God."

And then the usual mess of authoremotions kicked in. "Why did they reject me? Maybe I am not good enough. Gah, I suck. They knew it. I know it. Hells, it is for the best. At least my massive suckitude won't be released on the public for them to tear me to shreds as I so deserve..."

Yeah. I mentioned it was sort of a mixed bag of emotions? It was. Really.

So I plodded out to the kitchen, still in my jammies, and made spaghetti sauce.

I am Italian and my grandfather, Guisseppe Sabatina, came over from Italy (or so my mother has told me) and married his little Dutch girl. My mother put red sauce on everything. There was something soothing about the familiarity of the gestures-- frying the meat, adding the spices... tasting the sauce.

And I called my best friend. She pointed out that our motto is that everything happens for a reason. My plate right now is filled to overflowing and I have other projects I have to work on. Deadlines I have to meet. More time to work on this one was a blessing, not a bad thing.

Between the smell of the sauce and the sound of her voice and it was like the miasma of mixed up feelings lifted.

The smell of dafeet wasn't too much to bear. It wasn't a defeat, not really. To quote Damon, from Vampire Diaries, "It is right. It's just not right now."

Why am I telling you guys all this?

I know you all get rejected, too. And I know it sucks. This wasn't my first rejection--far, far, far from it. And it is easy to say don't take them personally. Don't take bad reviews personally. Just keep going.

But if you are having a bad day or whatever... and it happens... it isn't easy to shake off.

Find the thing that helps you find your center.

Make the spaghetti sauce. Or play basketball. Or a video game. Or have sex. Whatever trips your trigger.

And then look at it again.

Because then you can keep going.